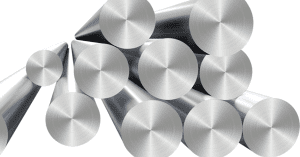 However, most people forget that safety in air travel starts from the solidly built aircraft aside from securing the most qualified aircraft pilot or air traffic controllers. An aircraft made from the best quality tools and components and from the highest quality of raw materials are what’s necessary to ensure the airworthiness of the aircraft.

As such, to ensure the airworthiness of the aircraft it is only necessary to evaluate which raw material to be used. For several years, aluminum aircraft alloy remained the number one material used in the aerospace industry. According to experts, aluminum was considered to be the perfect material in the creation of aerospace tools and components as it is lightweight, ease of machinability, and of its strong corrosion resistance. Readily available, aluminum aircraft alloy was used for the creation of the fuselage including those of the aircraft’s main components. However, in the later years, stainless steel has made its way into the industry with its high strength and corrosion and its temperature resistance.

Ever since the Wright Brothers built the first powered aircraft in 1903, aluminum has been the material chosen to be heat-strengthened and to undergo appropriate grinding processes to forge it into tools and engine parts. Even in World War II, the use of aluminum flourished and it even got to the point that the government required civilians to donate scrap aluminum as part of their war efforts.

Over the years and with the improvement of technology that comes with it, simple machining processes evolved into complex ones but aluminum was still the material that mainly dominated the aerospace industry. This raw material and the versatility it exhibited is the one sought for centerless grinding and other metalworking operations to produce fasteners, round bars, rods and other essential parts of the aircraft.

In the present times, aluminum aircraft alloy is still widely used in the aerospace industry undergoing various metalworking and centerless grinding processes to satisfy the high demand of aerospace parts and structure out of it.

With the continuous improvement in the aerospace industry and the need to create durable and better flying aircraft, aluminum has been developed into different types as well as welded and sought for centerless grinding operations to meet the rigorous requirements in the industry.

The aerospace industry and its continuous improvement to ensure durability and safety with aircraft encouraged the idea of venturing other raw materials which might exceed the capabilities of aluminum. This in turn gave the focus towards utilization of stainless steel in the aerospace industry.

During the early years of its discovery, only a few steel types and grades were available but this still made it more valuable compared to other metals at that time especially with applications in the aerospace industry in the creation of turbo superchargers and exhaust systems.

Over the years, this alloy continued to fight for its presence in the aerospace industry and came head to head with aluminum aircraft alloy with its higher resistance to corrosion and of the usual wear and tear. Despite the added weight compared to aluminum, stainless steel continues to be utilized increasingly in the industry but rather used in areas where the added weight can handle it.

Both alloys have become key players in the aerospace industry, however, it is unavoidable to point out its key differences according to the following factors:

In general, aluminum has a better ease of machinability compared to steel alloys. It can be used in a lot of applications with its malleability and its ability to be pushed to the most extreme dimensional limits.

However, to accurately differentiate aluminum from steel with regards to how easy it would be to undergo through various centerless grinding processes and other metalworking operations, it is important to be specific as to which steel alloy to compare with. It is in such juncture where stainless steel comes into the picture for an accurate comparison.

As a matter of fact, both aluminum aircraft alloy and stainless steel are of the same level of ease of machinability. Both have good formability, weldability, and definitely designed for machining, centerless grinding, and other metalworking operations.

It has already been mentioned in the earlier parts of this article that aluminum aircraft alloy has an edge over steel alloys because it is lightweight.

According to expert studies, steel is harder than aluminum and is therefore heavier and denser upon comparison. Such strength and density correlates with the amount of chromium in its mixture. Its strength and density is the reason why it remains useful in the aerospace industry as it is much more difficult to scratch as compared to aluminum.

However, its density is the major reason why its widespread use in the aerospace industry is hindered and only mainly to undergo centerless grinding and metalworking processes for the creation of tools and components in areas where its added weight is tolerable.

Cost has always been an important factor among manufacturers when choosing the raw material to use. In fact, most industries even consider it the first factor to consider above all else. It is of the same brevity that such a factor is to be considered in the creation of tools and components for the aerospace industry.

Hence, when making a comparison against aluminum aircraft alloy, steel is definitely a more common and a cheaper alternative. The primary reason why aluminum is more costly than steel is due to its supply and demand. Aluminum is more difficult to find and reproduce and was once coveted from various industries like those of gold and silver.

Seeing that the main aim of choosing the right raw material in the aerospace industry to utilize in the creation of tools and parts of aircraft is to ensure its airworthiness, the factor of rust and corrosion resistance shouldn’t be left out from the narrative.

Giving importance to the factor of rust and corrosion resistance is also necessary considering that the raw material to be used will have to undergo countless machining, centerless grinding, and other metalworking abrasive operations and if the material has flimsy resistance then it may lead to aircraft malfunctions.

Going back to the main point, as-is, aluminum is highly corrosion resistant. This means that aluminum has a natural resistance towards rust and corrosion unlike steel which requires further treatment to obtain such resistance quality. However, it is important to note that a specific formulation of steel which is the stainless steel has the added chromium in its content, making it at par with aluminum in terms of rust and corrosion resistance. It is also important to note that adding chromium into its content does not affect its cost and is in fact still cheaper compared to aluminum aircraft alloy.

Conclusion: Which Gets The Medal?

Seeing the basics and the formidableness of both aluminum aircraft alloy and stainless steel upon the applied factors, it is up to the manufacturers to step in and take a pick on which raw material to use when creating important and marketable aircraft tools and components through their centerless grinding processes and other metalworking operations.

However, it’s important to note that monopoly of a raw material in the industry does not have to be the endgame. As a matter of fact, it is best to harmonize both of the materials and have them co-exist to create an airworthy aircraft. Coexistence is possible in such a way that in some aircraft parts, aluminum can be used while in areas where weight is not a problem, steel can be used. Therefore, it is in such a manner that both raw materials get the medal as both prove to be useful in the industry just on different applications.

You may have learned valuable information from this article about steel and aluminum but your quest shouldn’t simply end that way. If you are from the aerospace industry and you are interested in having your aluminum or steel parts to be fabricated, machined, or to undergo centerless grinding processes, don’t hesitate to contact [cn] and acquire their efficient services! Whatever metalworking or abrasive centerless grinding process you may need, rest assured we can definitely achieve your set standards. Request a quote today!